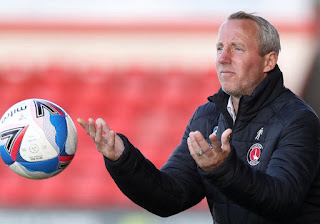 Charlton refused to comment yesterday on reports from north of the border that a second Celtc bid of around £650,000 for Alfie Doughty had been rejected.

Lee Bowyer hopes that Doughty will score goals in double figures in League One: https://londonnewsonline.co.uk/charlton-boss-expecting-celtic-target-to-net-double-figures-in-league-one/