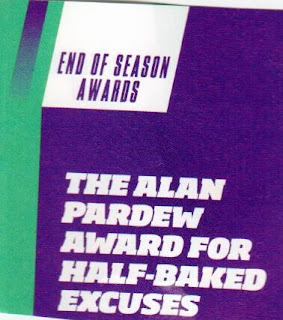 It's a footballing great escape. The cancellation of the Eredivisie means that Alan Pardew's ADO Den Haag will remain in the top flight next season, despite sitting in the relegation places seven points behind the next team and without a win since January.

So he won't have to get his well thumbed book of excuses out.

He is, of course, assisted by Chris Powell.