Ambitious plans for a further development of the network next season have been unveiled. Squads are to be registered with other clubs in the network, so that they can play each other ‘s matches. Thus, for example, one week Charlton could play at Alcorcón, they could go to Upjest and the Hungarian team would come to The Valley. The official site has now revealed that home and away kits will be shared with the Spanish side in a solidarity package: Shared kit

Season ticket holders would be entitled to free entry when the Charlton squad was playing elsewhere. The scheme does not involve the mother ship.

Closer to home, Charlton are to launch a beach football team. This has been planned for some time, but was held up when Andy Delort did not join the club last summer as he would have been captain with his beach football experience.

Looking for a site to play games, club officials quickly discounted locations along the Thames as too small and muddy.

Derek from Dymchurch then contacted the club pointing out that there is a large beach at Romney Sands at low tide. The nearby static caravan park has semi-permanent residents and Derek contacted residents Dennis and Sandra who are active in his UKIP branch.

They got in touch with the camp management who were able to offer a 10 per cent discount on accommodation to Charlton fans coming to watch games. They would also receive a free copy of the Daily Express. The Romney, Hythe & Dymchurch railway chipped in with an offer of discounted tickets for fans travelling to games. 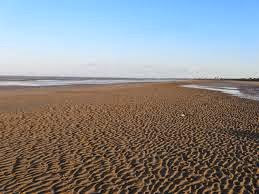 The beach at Romney Sands at low tide.

Unfortunately, when club officials inspected the proposed pitch at low tide they sunk up to their calves in mud. A pair of Katrien Meire’s trademark boots were completely ruined.

At this point Voice of the Valley editor Rick Everitt stepped in as cabinet member for economic development on Thanet Council. ‘There is more interest in Charlton in my village than round the ground,’ said the Rickster. ‘We have a lot of level sandy beaches and an arrangement would be to the benefit of the club and Thanet.'

On a clear day it is possible to see the French coast from parts of Thanet, indeed this was an inspiration for Edward Heath’s European vision when he was growing up in Broadstairs. It is not possible to see the Belgian coast, but, as a mark of respect for the club’s owners, a beach is to be selected facing in the general direction of Belgium. 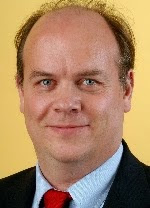 Fun and games on the beach with Rick Everitt

Help will be needed in marking out the pitch and other preparations and anyone interested should write to Rick Everitt at Thanet Council. The address is c/o The Addicktion Unit, Valley Suite, Powell Wing, Kermorgant House, Robins Way, New Charlton, Farage-on-Sea.

That explains the new carriage sidings going in on the site of the WD Branch.