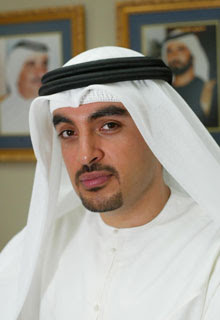 A Dubai based group has made a takeover bid for Charlton, fulfilling the wildest dreams of some Charlton fans.

The club has confirmed they have received 'an indicative cash offer' to buy the club from a Dubai-based investment company. The club confirmed in a statement that it will enter a period of due diligence with Zabeel Investments.

The statement added: 'Should the offer be made formally to shareholders, the board would recommend shareholders to accept it. There is, however, no certainty that a formal offer will be made.'

Information on the potential new owners can be found here: Zabeel

An interview with the Zabeel chief executive from the New York Times is here: Interview

Founded in February 2006, Zabeel Investments is a Dubai-based diversified investment company focused on the areas of commercial real estate development and management, private equity and asset management across a wide range of economic sectors in the UAE.

From its base at Dubai International Financial Centre and under the leadership of Executive Chairman HE Mohammed Ali Al Hashimi, Zabeel Investments has built up an AED 12.4 billion portfolio in its first year, incorporating property development, construction, hospitality, media, finance and education.

The new supremo has issued a statement in which he praises the passion of the Charlton fans, the heritage of the club and its commitment to the community and his expressed his determination to get the club back to the Premiership.

Richard Murray has said that he is convinced the sale will be good for Charlton and for the local community, confirming that the new owners will respect the club's distinctive traditions. The board would not sell to buyers who did not meet those criteria.

Sky Sports News have just reported live from The Valley that the deal may be completed in a few days. Ladbrookes have slashed the odds on the Addicks being promoted. Jubilant fans were already gathering outside the Superstore.

Sky paid a warm tribute to Richard Murray for all he had done for the club which I am sure would be endorsed by all fans. They talked about him 'walking away into the sunset' but I think that most fans would like him to have a continuing role and my sense is that he could be involved in some way if he wished.

Sky interviewed supporters' director Ben Hayes. Ben hinted that the prospective owners had considered a number of clubs, but were impressed by Charlton's potential in terms of such factors as the availability of planning permission for future ground development; the Thames Gateway expansion; and the status of Greenwich as an Olympic borough. The club had been well managed and had good structures in place.

He sensibly suggested that a long-term view needed to be taken and the goal was to get back into the Premiership. The club would continue to build steadily as it had in the past.

Charlton are now serious contenders. It's a bit difficult to gauge the overall reaction from Charlton fans so far, although one fan told the list run by Glynne Jones that he had been up drinking champagne all night. Some obviously have reservations about foreign ownership. My view has always been that it's not the nationality of the owner that matters, but their sense of responsibility.

New York Addick has a thoughtful post as usual. He also knows quite a lot about Dubia, whereas for me it is just a place where I change planes on my way from Birmingham to somewhere like Osaka or Perth. It always seems to cost a fortune for a coffee and I have a big stash of loose change. Perhaps I'll be able to spend it at The Valley now?

Inspector Sands has a good round up of press reaction. Paul Nottage, chair of the supporters' club speaks about 'guarded optimism' among supporters here: Nottage

Equine magnate and leading Charlton supporter John Window is reported to be considering buying a few camels for his Bexleyheath stables.

This brings to mind the remark made by Peter Varney about not seeing any sheikhs at The Valley. I remember that I had flown in from Valencia, I think, and was staying overnight at the Holiday Inn Express in North Greenwich. I picked up a London free paper and it said that a Middle Eastern consortium was going to buy Charlton.

Peter Varney's reaction was to say that he hadn't seen any sheikhs at the last home game. I thought at the time that it was a rather silly remark, as they generally turn up in expensive suits these days, but now I realise that it may have been a rather clever remark and that once again I underestimated the wily Varney.

One issue that is yet to be resolved is the question of the free season ticket offer if we are promoted to the Premiership, but indications seem to be that this will be kept by the new owners. 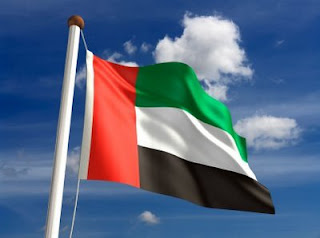 Just my luck. My wife bought me one share in CAFC plc for my 50th Birthday and now I'm going to be forced to sell the bloody thing.

Worth noting that the 'interview' with 'The New York Times' is, in fact, from an advertorial for Dubai.

Come on Wyn, you're being coy and a little dry.

What do you really reckon?

I last got really excited about breaking news one Christmas eve when a certain Mr Pardew was appointed. It didn't turn out quite how I'd expected, so I ain't getting too het up about this.

I have a suspicion that Super Hoops fans are a tad disappointed so far.

Crumbs! Thats a thought! Dowie will be sacked just in time for our new owners to appoint him as our leader to the Premiership Promiseland!

The Super Hoops had unrealistic expectations. As Ben has emphasised on television, the club is not going to change overnight. But I had more or less given up on us getting wealthy foreign owners which I have, for a long time, thought was the only chance of making Charlton a more successful club. We were starting to drift. They may eventually want to move the ground - or they may want to take up the option to extend the existing one. What is clear is that it is not business as usual.

Regards foreign ownership and success, you are of course right. There was a time when I'd rather we'd fought on as plucky Charlton. But having tasted the relative success of the past ten years I've found the past season and a bit harder to bear than I'd thought.

So I'd like to take the chance with moneybags from Dubai. I assume their economy is more sound than Iceland's though.

The main downside risk with Dubai is a serious outbreak of hostilities between Iran and Israel which is not inconceivable. One can imagine scenarios in which the Gulf States were affected, particularly in the future when both Israel and Iran had nuclear weapons.

all the hope of recent years has seemed to of evaporated of late, and with good reason. i really feel we should not look a gift horse in mouth. lets embrace this (if it happens) and not be apologetic about wanting our club to be one of the big boys. there is so much potential for charlton to do big things for a wider community. more kids will start supporting us and i for one think thats really positive on many levels.

I think Dubai is gearing up to bring in the Olympics to the Middle East for 2012 from London. Or else why would any country splash so exorbitantly on an opening ceremony. I think Dubai has started to believe that it has the financial muscle to stage the games in a better way compared to recession hit UK.