Millwall have 97.7 per cent chance of being relegated 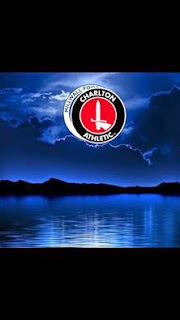 The Fink Tank in The Times today calculates that Millwall have a 97.7 per cent chance of being relegated. (Unfortunately, they were winning 2-0 , but Bees made it 2-2 in the 90th minute.). This is better than Blackpool's 100 per cent. Wigan Athletic are on 76.6 per cent, Rotherham on 13 per cent and Fulham on 9.9 per cent (I still think they could get sucked in).

At our end of the table, the leaders of the mid-table league, Nottingham Forest, have a 2 per cent chance of making the playoffs.

Fans are feeling lukewarm about today's game about Reading. I was all ready to go when a last check showed disruption on trains from Coventry. I have been in situation before where I have got as far as a London terminus, but too late to reach Charlton. Perhaps it's a blessing in disguise.

Last week I was asked: would you rather we beat Millwall and they stayed up, or we lost and they got relegated? I chose the first option. Of course, it could be a draw.