Big year ahead for Rickster 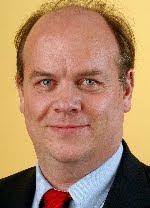 With a general election to take place in 2010, it's a big year for club development officer Rick Everitt. He will be standing in the Labour interest in the Old Bexley and Sidcup seat at one time held by Gooner Ted Heath. (At least I think he will: I have just got a general election guide which has n/a against the name of the Labour candidate for the seat).

In the interests of fairness, the other candidates are:

Not that big a year really, given that seat has been Conservative forever. Even in 2001 the majority was over 3000.

Of course the posting was ever so slightly tongue in cheek. However, many political careers start on the basis of how well a candidate does in a seat that is not winnable.

Maybe he could lay on some coaches to get supporters to the Polls..?

It's a test election for Rick but he's on home territory here and will succeed even in losing the vote. Rick has impeccable integrity and will be back to fight on better terms in the future. Just sorry I can't vote for him.