One match started, one on, one off? 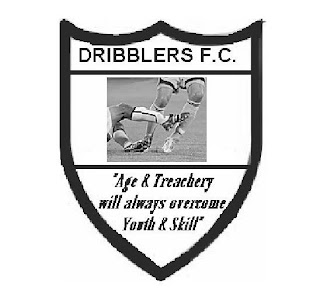 The traditional Boxing Day game between over 35s and under 35s has kicked off at the Garrison Field on St.Mary's. Athletico Geriatico have been re-named Dribblers FC (my suggestion of Golden Oldies was not successful).

Keri on Radio Scilly has expressed the wish that no one will be hospitalised this year. This is not because it will all kick off, but because of older players knackering themselves. There will be rolling substitutions and you don't even have to bring your own boots.

There will be a noon pitch inspection at Harbury Lane to determine whether today's needle derby between Leamington and the egg chasers from Rugby Town can go ahead. We have just heard that there will be a second pitch inspection at 1.15 at the New Windmill Ground to see if the match can go ahead. It's looking 50-50. The problem is the Harbury Lane end goalmouth area which is still frozen. A salt solution is being poured on to the pitch. We heard at 1.15 that the game was off.

All seems set for today's key match, Charlton v. Swindon at The Valley.
Posted by Wyn Grant at 10:56