Preston North End consider that they have been knocking on the door of the Premier League for some time now, but although they often get close, their form tends to desert them t some point in the season. They have not won in their last five games and are fifth from bottom in the form table. Charlton are now actually above them, although in the real table the original Invincibles are 10th and the Addicks are 19th.

Without Conor Gallagher and with a side still weakened by injury, everything points to a defeat for Charlton at Preston. This will trigger a new wave of trepidation from relegation forecasters.

Preston have won their last three league games against Charlton but they have never won four in a row against the Addicks. Charlton have won one of their last 19 away league matches against Preston (W1 D5 L13), a 2-0 victory in November 2007.

Preston have won just two of their last 12 games in all competitions (D3 L7), losing each of their last three at home. Charlton have had the fewest shots (247) and faced the most shots (426) in the Championship this season.

Since winning three league games in a row against Blackburn, Charlton and Huddersfield, Preston have scored just six Championship goals in 11 games - four fewer than any other side in that time.

Only Wigan (24) and Blackburn (19) have dropped more points from winning positions than Charlton (17) in the Championship this season. 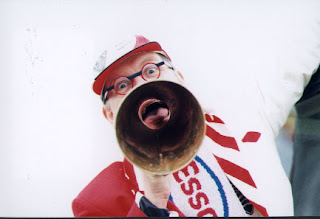 Whatever happened to Olafur who returned to Iceland under a cloud?

I have friends who are making the long trek to Preston and I admire their loyalty and dedication. You may recall that one time VOTV columnist and self-proclaimed No.1 Iceland Addick Olafur Johnansson once turned up in Preston in the belief that Southend were the counterpart of North End. Someone even managed to convince him that Tranmere Rovers played in the Lake District, but at least he saw a lot of scenery.