Pardoo and Powell in charge of Dutch Millwall

It's an unlikely pairing from a Charlton perspective, but Alan Pardew is coach and Chris Powell is assistant coach at ADO Den Haag, sometimes referred to as the Millwall of the Netherlands. 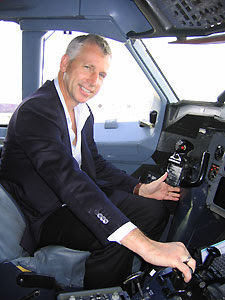 Alan Pardew has taken the controls at Den Haag.

The Chinese owned club has a 15,000 seater stadium. With a traditionally working class base drawn from two working class suburbs of the Dutch administrative capital and home of the royal family, the club is historically known for off the field troubles. While Pardew and Powell were being interviewed for The Times a white hatchback tore through the car park doing wheelies.

Relegation threatened ADO won their first match under the new bosses 2-0. Fans displayed a 'Ghostbusters' banner to welcome the Charlton hero and villain: Who are you going to call?

Pardew has been out of work since being sacked by West Browmich Albion in 2018. He called up Powell when he heard the job was available and they headed off through the Channel Tunnel on the 300-mile drive to The Hague in Pardew's 'bangers for cash' car. Which coach would you rather spend 300 miles in a car with?

Pardew sees the position as reviving his career: 'I've been accused in the past of certain things, but this role is a great opportunity for me to carry the flag for English coaches abroad. I'm hoping to do a good job here and then we'll see.'